There are 4 wrist movements and 2 forearm rotatory movements.

Wrist in neutral position (using the example of a left wrist) 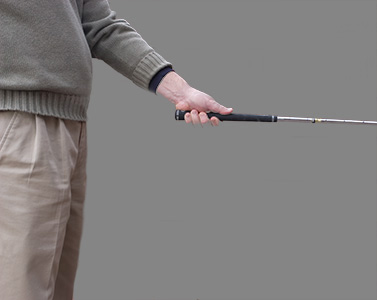 The wrist is in a neutral position when a line drawn along the top of the forearm is in a straight line with the top surface of the index finger.

The clubshaft must be in a straight-line relationship with the left forearm (the left wrist must be vertical - neither bent forward, or bent back)

Wrist cocked up (using the example of a left wrist)

- the clubshaft moves vertically, towards the left forearm 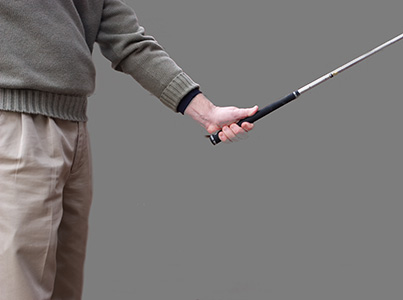 Wrist cocked down (using the example of a left wrist)

- the clubshaft moves vertically, away from the left forearm 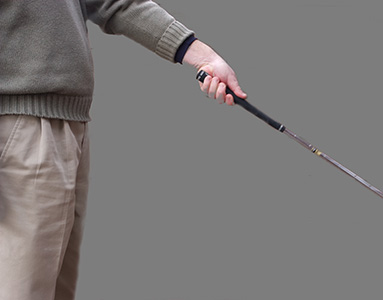 Wrist neutral (using the example of a right wrist)

The wrist is neutral when the clubshaft is straight-in-line with the arm. The back of the wrist will appear to be slightly cupped/scooped due to the fact that the golfer is holding a rounded grip (of finite width) in his hand using a "fist-like" gripping action. When a golfer curls all his fingers into the palm of his hand to create a fist (even in the absence of a grip), it is automatic/natural for the wrist to become dorsiflexed (and it will naturally cause the back of the wrist to appear to be cupped/scooped).

Wrist hinged back (using the example of a right wrist)

- medical term = dorsiflexion of the wrist

- the wrist bends back in a horizontal plane, while the wrist remains level (neither up-cocking or down-cocking)

- the wrist bends forward in a horizontal plane, while the wrist remains level (neither up-cocking or down-cocking) 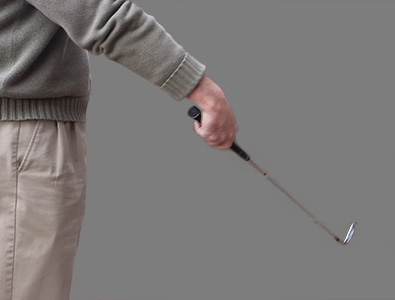 - there are two forearm rotatory movements

- forearm neutral, left palm vertical and left palm faces away from the target 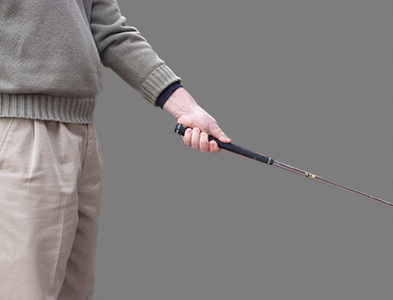 - forearm rotates clockwise so that the left palm faces downwards

- the wrist and hand rotate to exactly the same degree

- forearm rotates counterclockwise so that the left palm faces upwards

- the wrist and hand rotate to exactly the same degree 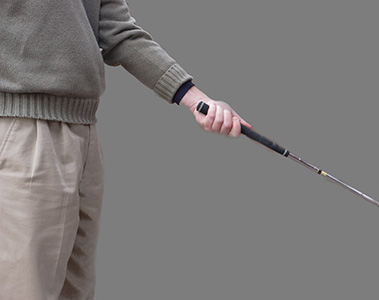 Here are links to two you-tube videos showing the motion of wrist circumduction.

The motion of wrist circumduction occurs when you combine the hinging motions of wrist extension (dorsiflexion) and wrist flexion (palmar flexion) simultaneously with the wrist cocking motions of ulnar and radial deviation, so that the hand rotates either clockwise (or counterclockwise) at the level of the proximal wrist joint (radiocarpal joint).

A left wrist circumduction motion through impact (between P6.9 and P7.2) is a major cause of inconsistent clubface control through the immediate impact zone in unskilled golfers, and it should be avoided at all costs. A golfer should maintain a FLW (either an AFLW or a GFLW) throughout the immediate impact zone, and preferably throughout the entire downswing by following the swing principle of "maintaining an intact LAFW" throughout the entire downswing and early followthrough

The anatomy of the wrist joint

To understand how wrist movements occur within the wrist joint (from an anatomical perspective) consider the following photo showing the wrist bones. 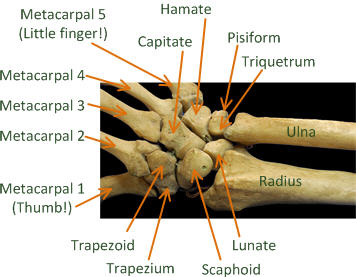 
There are 8 wrist (carpal) bones. Two major carpal bones - the scaphoid bone and the lunate bone - articulate with the forearm radius bone at the radio-carpal joint.

Hinging movements of the wrist (palmar flexion and dorsiflexion) occur partly at the level of the radio-carpal joint and partly at the level of the intercarpal joint (primarily between the lunate bone and the capitellum bone). Homer Kelley in his "The Golfing Machine" book doesn't use the term "hinging" with respect to wrist movements. He uses the term "bent" to signify a dorsiflexed (cupped, scooped) wrist, "arched" to signify a palmar flexed (bowed) wrist, and "flat" to to signify a neutral wrist position (a wrist that is neither dorsiflexed or palmar flexed).

At impact, the left wrist will be flat and level, while the right wrist will be bent and level. At address, most golfers hold their hands centrally between their thighs with the butt end of the club pointing at the belt buckle, and in this position both the left and right wrists will be slightly dorsiflexed (bent). 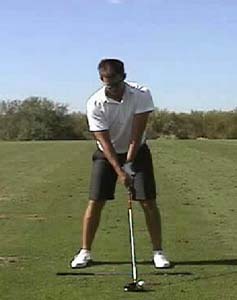 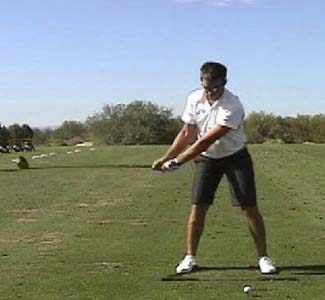 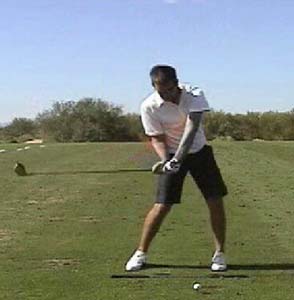 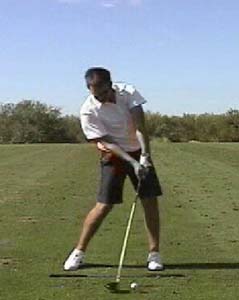 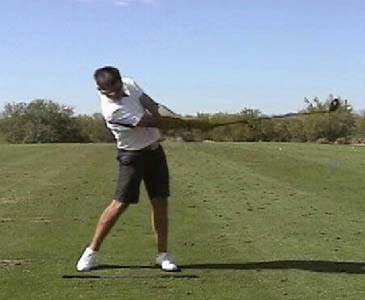